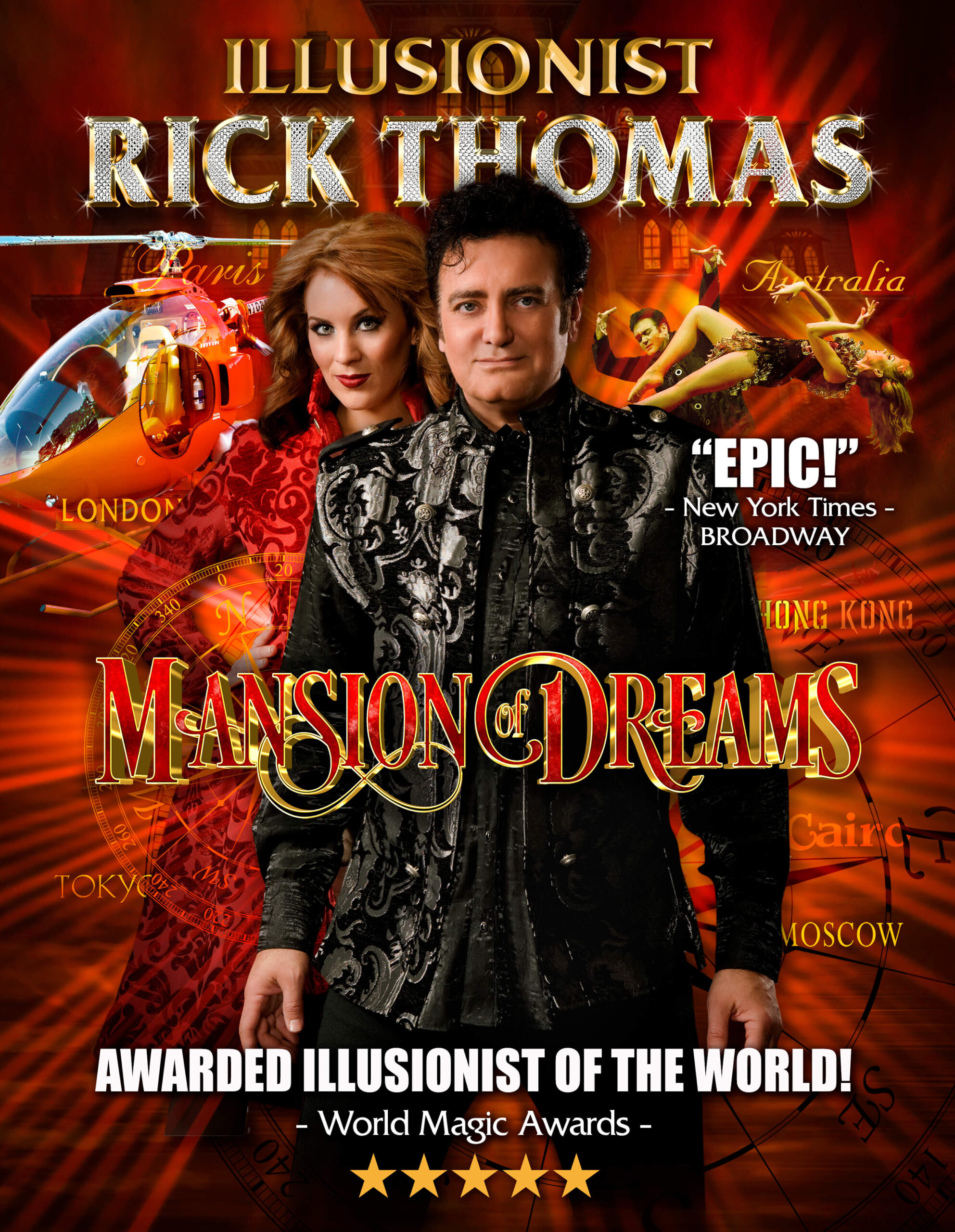 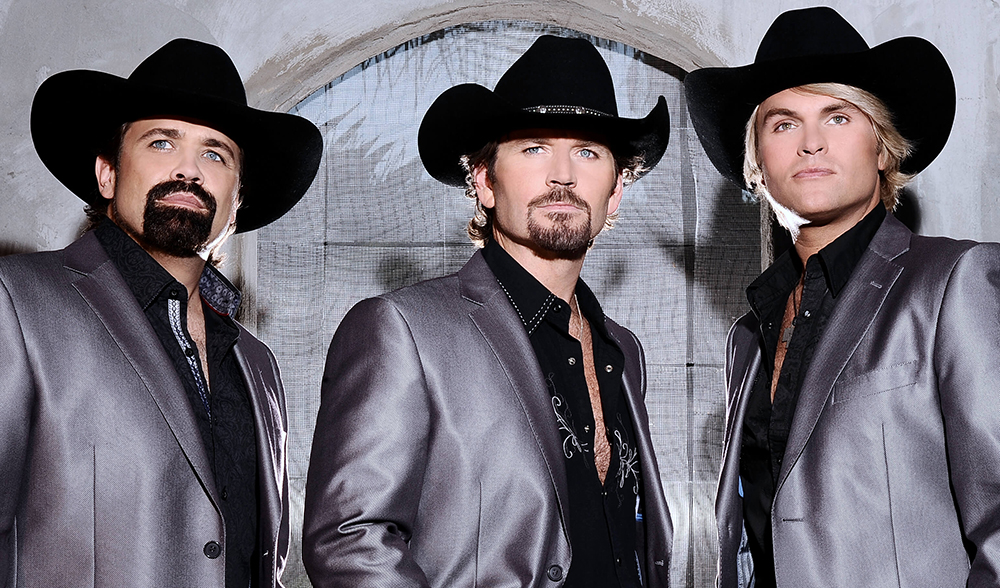 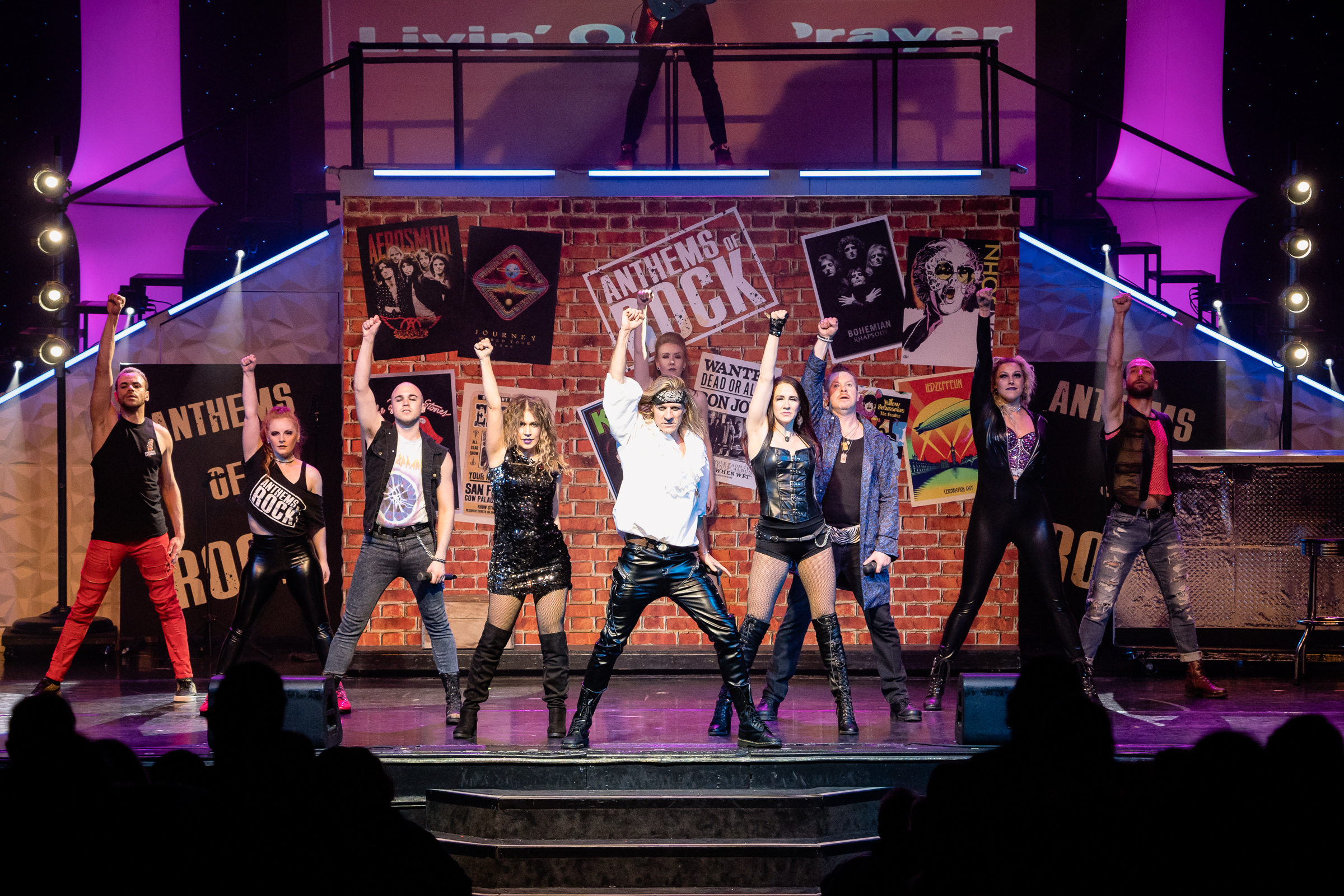 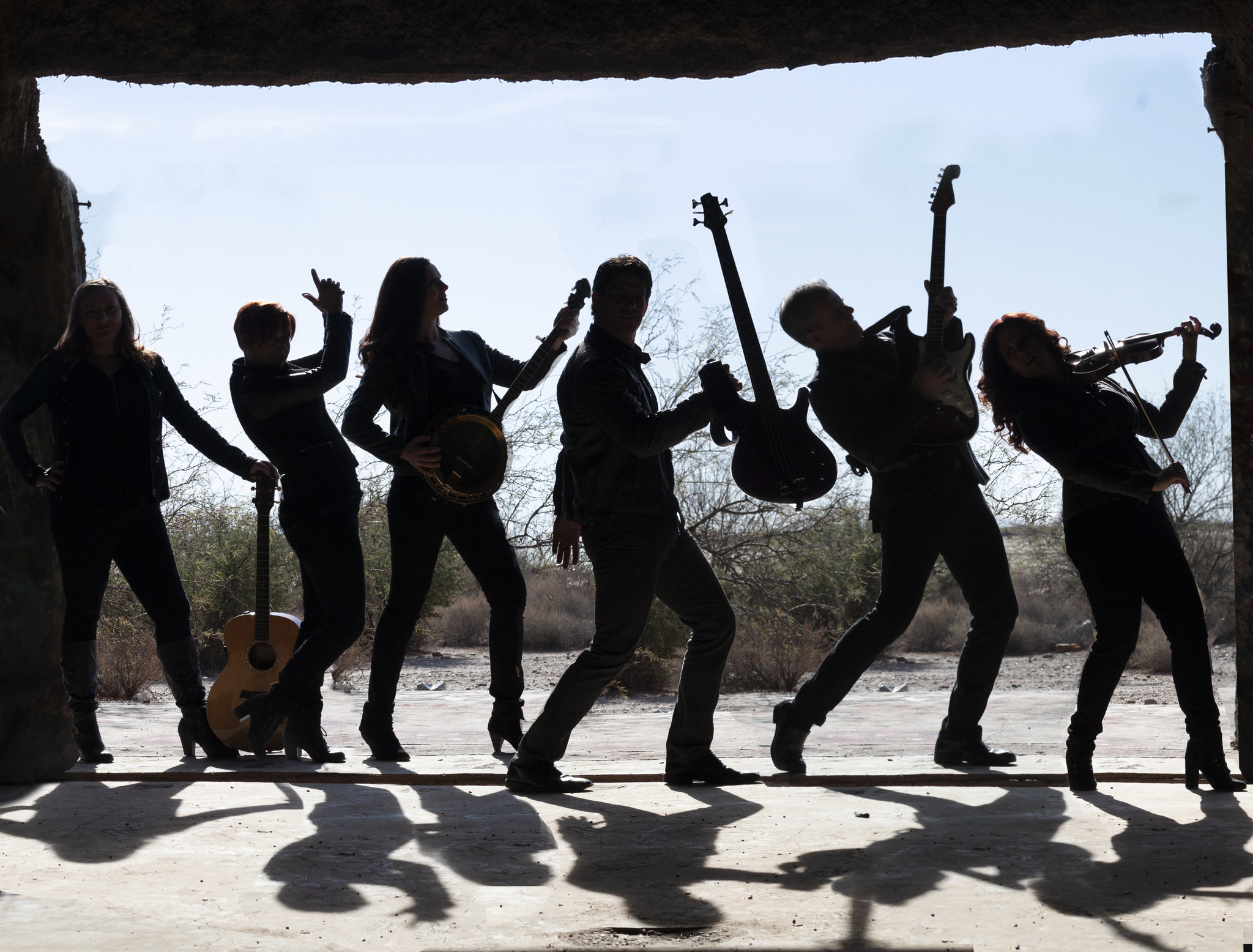 FIND THE SHOW YOU'RE LOOKING FOR

Rick Thomas takes you on a journey never to be forgotten…a journey within his Mansion of Dreams! People of all ages will experience amazing and magical things as they witness the beauty and mysteries behind the Mansion’s magnificent walls. Contained within the production are the most intriguing, innovative and mind-blowing grand illusions in the world. There is no show like it in the world…and it is right here in Branson!

FIND OUT MORE
ANTHEMS OF ROCK

The Kings Castle Theatre, Branson is delighted to announce THE BIGGEST ROCK PARTY IN BRANSON IS BACK!!!! A spectacular show bringing you the number one Hits from the most famous bands of the 20th century, including Queen, The Beatles, The Rolling Stones, Bon Jovi, Led Zeppelin, Journey, Aerosmith, and many more. Songs include, “Don’t Stop Believing”, “Another One Bites the Dust”, “Dream On”, “Jump”, and “Hotel California” among others, in this exciting high-energy production that will have you dancing and singing along to the greatest Rock hits of all time in this magnificent Rock experience. Whatever it takes... DO NOT miss - ​ANTHEMS OF ROCK

FIND OUT MORE
THE DUTTONS

The award-winning Duttons are international touring and recording artists who perform a variety of music including classical, bluegrass and so much more. Their amazing show features some of the best violin, guitar, fiddle, banjo and instrumentals you'll ever experience. In addition to their instrumental virtuosity, the Duttons are accomplished singers and dancers and have been recognized as superb vocal talents.

FIND OUT MORE
THE TEXAS TENORS

The Texas Tenors return for their 11th award-winning year in Branson for a special limited engagement. They are the most successful music group and third highest selling artist in the history of America’s Got Talent. Since appearing on the TV series, JC, Marcus and John have released numerous CDs, DVDs, PBS Specials and a children’s book that have earned them impressive recognition including three Emmy Awards, The Gelett Bugess Award for Excellence in Children’s Literature and the distinction of being Billboard Magazine’s #10 Classical Artist in the World.

Mickey Gilley, whose hit bar “Gilley’s” was the set of the 1980 film, “Urban Cowboy” and whose thirty-nine hit songs, of which seventeen went to the top of the country charts (17 #1 Hits), made him the legend he is today. His top-rated, award-winning eight-piece band and his two excellent Urbanettes jump right in as Mickey takes his audience through a musical medley of his string of #1 hits.

Shanghai Circus (featured by Amazing Acrobats of Shanghai, celebrating 22 years in Branson) parades a new production to audiences exercising more variety than ever before witnessed. The show honors the essence of the old historic Shanghai Culture through the dynamic artists’ dazzling performances which includes but not limited to breathtaking acrobatics, colorful dance, comedy, mystifying magic, and numerous aerial feats of strength. Shanghai Circus will deliver a higher level of entertainment by combining stage LED technological innovations with exceptional artistic performances.

FIND THE BEST ATTRACTIONS IN BRANSON 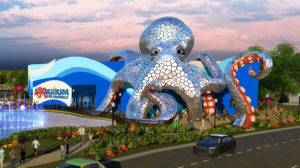 Celebrate the boundless beauty of the moon jelly in the most unique way… in the Branson Aquarium's Jelly Infinity Room. These bioluminescent beings are amazing to watch and even more incredible when you experience them glowing all around you in a color-changing environment that you control!

Enjoy our 8 galleries an ever-changing collection of over 450 unique artifacts, unbelievable art, crazy illusions and wacky inter-actives. Come and spend as long as you want on your self-guided tour, sure to be sensational fun for the entire family, as you experience the amazing world of Robert Ripley! Then ask yourself if you Believe It or Not!

EXPLORE WONDERWORKS BRANSON! FUN FOR ALL AGES - Top Things To Do In Branson Missouri. WonderWorks is an amusement park for the mind with 48,000 square feet of "edu-tainment".The attraction combines education and entertainment with more than 100 hands on exhibits that challenge the mind and spark the imagination. 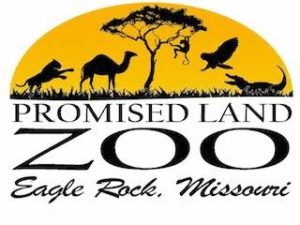 Branson’s top-rated animal attraction is more than your average zoo. Ranked as a Top 25 Zoo in the United States and located on 75 acres of natural Ozarks’ topography, the Promised Land Zoo is also Branson’s biggest attraction and #1 home for animal adventure. Our hands-on interaction throughout the park offers plenty of great opportunities to get up close with unique animals and take lots of selfies.

Wolfe Mountain offers a variety of exciting adventures for all ages! Whether you are obsessed with snow tubing, love the thrill of free-falling 100 feet, or if ziplining through mountains is more your style, we’ve got you covered.

The Veterans Memorial Museum in Branson, Missouri is a national tribute to the brave men and women who defended our liberties during the 20th Century. A visit to the museum is a powerful, emotional experience. As you wander the great halls of the museum you’ll be captivated by the stories of these men and women who gave us so much. The museum is filled with the most incredible collection of wartime exhibits covering the heights and depths of human experience.

ONE OF THE BEST VACATION THINGS TO DO IN MISSOURI! If you've ever dreamed of meeting a star, or being a star, you'll want to get your tickets to Hollywood Wax Museum in Branson so you won’t miss out on the fun! Here, you can pose with pop culture icons and befriend your favorite stars for picture-perfect selfies using our costumes and props. Wonder what it would be like to arrive in style at a movie premiere? Attend a celebrity cocktail party? Marry a star? You can do that too! Plus, you’ll gain a whole new perspective on the stars as you make your way through the sets and scenes learning about their pets, pet peeves, charity work, side businesses and more. Celebrating 23 years in Branson, the Hollywood Wax Museum is always a favorite thing to do in Missouri.

Explore the best of pop culture with interactive games, amazing photo ops and intriguing exhibits for the entire family!

Nestled high up on a hill sits The Butterfly Palace and Rainforest Adventure in Branson, MO. Walk among thousands of live tropical butterflies imported from exotic rainforests all over the world, fluttering right before your very eyes!

Our world-class high-speed racing karts are the fastest karts in Branson, MO! Get your race on only at Xtreme Racing Center!

An incredible animal adventure like none you’ve ever experienced before. Our aquarium is filled with all sorts of exotic sea creatures; including eels, jellyfish, piranhas, a full reef tank, and of course, SHARKS! Branson’s Wild World is the only place in Branson that displays sharks. And not only can you see them, but you can FEED THEM!

America's romance with the vintage passenger train lives on through excursions on the Branson Scenic Railway© aboard a collection of unique passenger cars that travel through the foothills of the Ozark Mountains. This one hour 45 minute trip takes passengers through tunnels, over trestles, and through the southwest Missouri or northwest Arkansas wilderness that is still home to much wildlife and to the ruins of long-ago communities now named only on railroad maps.

The World's Largest Toy Museum/The Beck Museums of Branson is the ultimate trip down memory lane! Enjoy finding your childhood toys in this vast collection consisting of over 1 million toys

As the whole world remembers the world’s most famous luxury liner, Titanic Museum Attraction in Branson. MO. will continue to open the door to the past in it’s one-of-a-kind way – letting “passengers” experience what it was like to walk the hallways, parlors, cabins and Grand Staircase of the Titanic while surrounded by more than 400 artifacts directly from the ship and its passengers. As visitors touch a real iceberg, walk the Grand Staircase and third class hallways, reach their hands into 28-degree water, and try to stand on the sloping decks, they learn what it was like on the RMS Titanic by experiencing it first-hand.